George Teague, Jr. is the owner at Teague Stables and surrounds himself with a team of hard working family and friends including Trainer Clyde Francis, Groom "Big Mike" Taylor, and his son, the driver, Montrell Teague. George had success early on with a filly called "Rainbow Blue". But when he bred his mare (Mozzi Hanover) to his stallion (Mr. Wiggles), the resulting foal skyrocketed to harness racing fame.

In a sport often referred to as "the working man's racing", this gritty gelding has proven himself time and time again. In fact, the gelding has now surpassed over $3 million in winnings. The Little Brown Jug is the premier race in harness racing, and 2015's version may have been the best Little Brown Jug ever. Wiggle It JiggleIt relentlessly battled, refusing to lose, and winning by a nose. He went on to win Harness Horse of the Year, the second such honor for George Teague, Jr. As the stable veterinarian Dr. Denise McNitt says, "Our job is to support him and stay out of his way!"

"Wiggle It showed so much stamina. He was at peak racing condition from January through November, and that’s a pretty rare thing," said George. When Teague saw the results he got with Platinum, he put the rest of the barn on it. "Now, every horse gets it 7 days a week!" 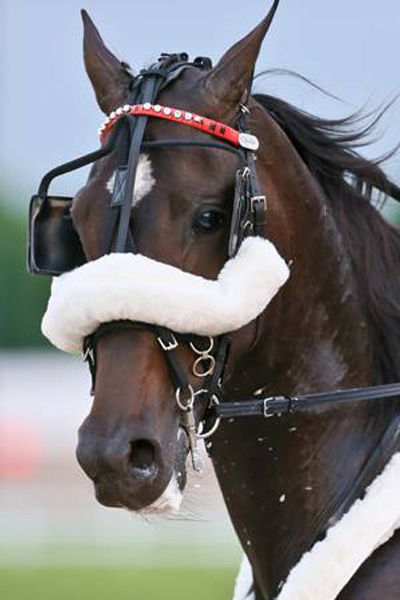