“Nutrition is very important to me. I want my horses to feel their best so they can compete to their fullest potential. I noticed a difference right away with Platinum, their coats started all shining right away and they gained a lot of muscle!”

After moving from Los Angeles, Jessica Springsteen grew up on her family’s Stone Hill Farm in Colt’s Neck, New Jersey situated next door to equitation guru Stacia Madden and her renowned training facility, Beacon Hill Show Stables. Once through the pony ranks, Jessica had a very successful junior equitation career with accolades that include winning the ASPCA Maclay National Championship, the Pessoa/USEF National Hunter Seat Medal Final, and the George H. Morris Excellence in Equitation Class and earning the Reserve title for the Platinum Performance/USEF Show Jumping Talent Search Finals East. With nothing left to prove in the equitation ring, her last junior year was spent seamlessly moving into the show jumping arena.

Form follows function. And so it is no surprise that success has followed the equitation star into the highest levels of show jumping winning such classes as the American Gold Cup and the Saugerties $1 Million Grand Prix FEI – CSI5*, as well as multiple international competitions on the Longines Global Champions Tour and being named traveling reserve rider for the US Olympic Show Jumping Team at the 2012 London Olympics. Although a Duke University graduate, Jessica Springsteen remains a lifelong student of the horse. Since moving to the jumpers, she has trained with and learned from several of the top names in the sport such as Laura Kraut, Nick Skelton, Edwina Tops-Alexander, Jan Tops and Max Amaya.

Jessica’s new venture of establishing her own program has partnered her with Frank and Monica McCourt’s Rushy Marsh Farm and added their spectacular horses to her own incredible mounts, including long-time partner and fan favorite, Cynar VA. Hard work and natural talent have taken Jessica from a junior equitation champion to an international phenom with the sky as the limit for the young professional and her star-studded string of horses who are fun to watch and easy to cheer for.

» Buy all of Jessica Springsteen's formulas here or select individual products below. 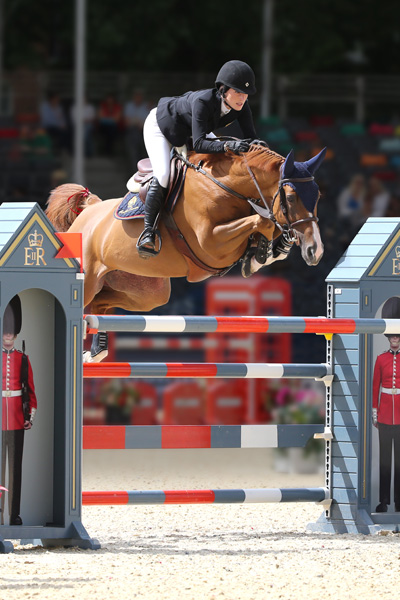 This formula is chosen for high performing equine athletes to help maintain normal levels of inflammation and support the horse’s response to oxidative stress and muscle breakdown.
More Details »