Up to $10,000 for Colic Surgery Reimbursement

Platinum Colic Coverage® combines routine wellness services with the right nutrition for a healthier horse, and your peace of mind. In the event your horse needs colic surgery, you can rest easy, while this complimentary program reimburses you for the cost of the surgery up to $10,000.

Complete an enrollment form for each horse online.

Place a qualifying auto-ship order in Platinum Paks® or Buckets.

In Buckets or Platinum PAKs®

Platinum Advisors are available at 800-553-2400 to help you select the right size for your needs.

Have Questions About Platinum Colic Coverage?®

Platinum Colic Coverage® is only available in the United States.

What Are the Wellness Requirements?

In addition to an Annual Wellness Exam and recommended follow up care, complete the following dental care, vaccinations and deworming:

Participate in a veterinary-directed deworming program (including 1 fecal egg count and 1 deworming per year).

Participate in an equine vaccination program administered by a veterinarian (per AAEP guidelines).

Obtain an annual dental exam from a veterinarian.

“I love having the peace of mind in knowing that when we travel to rodeos across the country (over 41 performances this year), that I am taking care of him from the inside out. It also helps me worry less knowing that Platinum stands behind their product enough to offer the Platinum Colic Coverage colic reimbursement, which is everyone’s' fear while traveling. Thanks to Cookie and his amazing athletic performance this year, he was my partner in winning the Women's Champion title at the North American Trick Riding Championships in Las Vegas, NV that was held during the National Finals Rodeo. He is my rock and Platinum helps me never let him down!”
— Kelsey T. 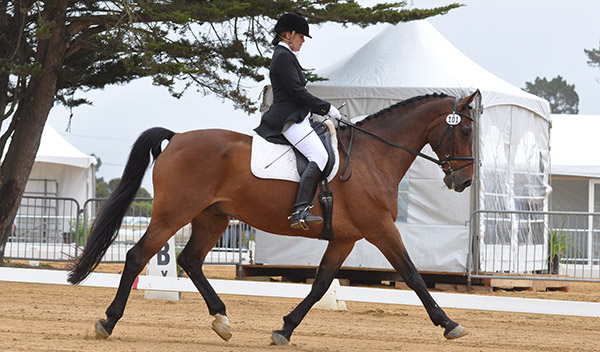 “I enrolled all of my horses in the Platinum Performance Colic Coverage Program because it was so easy, and since I was already doing on a routine basis what was required to be part of the program ~ annual vaccinations, teeth floating, a worming program and fecal exams. It didn't cost me extra, so why not! Last September 2017, Celestin, my 4th level dressage horse showed signs of colic. I rushed him to UC Davis where I was told that he would need immediate surgery. I was a mess and very worried about him. But, as soon as I contacted Caitlin at Platinum Performance, I could relax about the financial part of the surgery. She assured me that $8,000.00 of the cost would be covered by my Colic Coverage Plan. I completed the Platinum Performance paperwork and submitted a surgical report from UC Davis. Once it was received and approved by Platinum Performance (within days!), a check for $8,000 was overnighted to me. The total cost of the surgery and hospitalization was much more than the reimbursement, but what a relief it was to have such a large portion of the medical expenses covered. I was able to ride Celestin for the first time on Christmas Eve! I was so impressed by the support both emotional and financial that I received from the Platinum team. Thank you from both of us!”
— Robin L.

Are you a Veterinarian?

Platinum Colic Coverage® is only available in the United States.