"Platinum’s combination of simplicity and efficiency make it an ideal supplement for every horse in the stable."

From Downtown to Top of the World

When Farrington was 8 years old, he saw a picture of his mother sitting on a horse and asked if he could try it himself. He started taking weekly lessons at a carriage barn in downtown Chicago. Soon he was racing ponies, involved in Pony Club, and re-training ex-racehorses in the suburbs. After that, Farrington spent most of his junior career catch-riding for many industry professionals. He had an accomplished junior career, winning countless ribbons in the hunter, jumper and equitation arenas, topping the prestigious Washington International Equitation Medal class and winning the coveted Eiser/Pessoa National Equitation Medal Finals.

Farrington’s transition from junior to professional was seamless. When he turned pro in 1999, his presence was solidified in the sport when he claimed the gold medal that year at the North American Young Riders International Competition. In his first three years as a professional he earned over $1 million in prize money and received the Maxine Beard Award, presented to an individual American rider who best displays true potential to represent the United States on the international stage.

Kent’s first major Grand Prix win was in Saugerties, New York, in 2004 aboard the mare, Madison. Since then, he has been hugely successful nationally and across the globe on numerous horses, winning over 25 Grand Prix with superstar, Up Chiqui, claiming a 2011 Pan American Games team bronze medal aboard Ucecko in Guadalajara, Mexico, a 2015 Pan American Games team gold medal with Gazelle in Toronto, Canada, and a Team Silver medal at the 2016 Olympics in Rio de Janeiro, Brazil, with mount, Voyeur. His incredible equine partners have included some of the most well-known jumpers over the past two decades including Up Chiqui, Ucecko, Voyeur, Blue Angel, Willow, Belle Fleur 38, Gazelle, Creedance and Sherkan d’Amaury. He is a viable threat in every class he enters and is currently the top-ranked show jumper in the world. 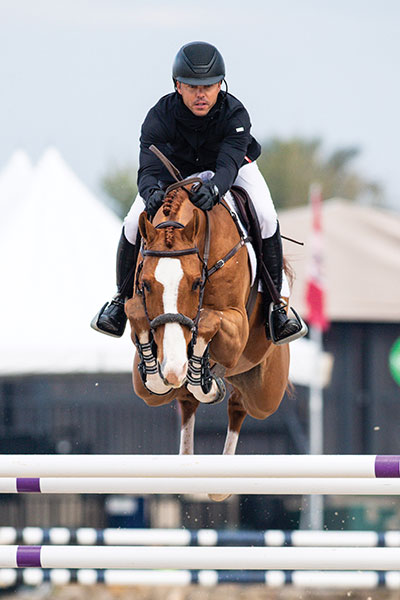