Why I choose Platinum

"I have been using Platinum Performance products since 2006. What I’ve always liked about the company is that they offer very specific supplement products for different health issues, and it’s allowed me to treat each horse like the individual they are. Quality is key, and I want to know that I am supplementing my horses with the best possible products on the market."

Allison "Ali" Brock was born in Honolulu, HI. As a 7-year-old, her love affair with equestrian sports started with jumping, riding western, and being very active in Pony Club. She began taking dressage lessons at age 10, eventually leaving Hawaii as a 17-year old to pursue her dressage career. As a working student, she rode with several notable professionals. She credits Sue Blinks as being especially instrumental and giving her a “college education” in training, horsemanship, and stable management that shaped her into the professional that she is today. Sue helped Allison develop her first FEI horse from start to finish and gave her an invaluable foundation that she still uses daily.

Allison has been head trainer since 2004 at Fritz and Claudine’s DeerMeadow Farms. Current superstar Rosevelt is a 2002 Hanoverian stallion. "Rosie," as he is known familiarly, was Allison’s mount for the 2016 Olympic Games in Rio de Janeiro where they brought home the bronze medal for Team USA. Allison rides and trains between Keswick, VA, and Wellington, FL. 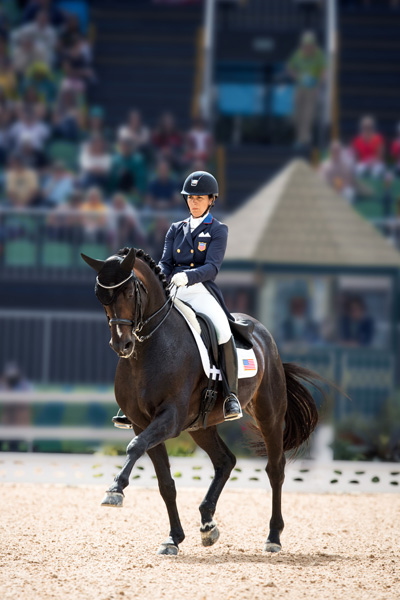