“Every year we start our futurity horses on Platinum and I'm always amazed how good they look and feel. Our three year olds used to always lose weight come futurity time and now that we use platinum they stay healthy and strong. The horses love it and will eat it straight from your hands.”

Tatum Rice got an early start showing cutting horses at the age of 10 years old having been born into a family of cutting horse trainers including his father, NCHA Hall of Fame Inductee, Boyd Rice. In 2009 he gave up his non-pro card and began training professionally. In 2011 he & his wife, Kylie, moved to their own training facility in Weatherford, Texas and began cultivating their own business. Tatum prides himself on having built a program that allows horses to be an individual while enjoying their job, a motto that has lead to great success in the show pen.

Tatum and stallion, Hashtags, sired by Metallic Cat and owned by Hashtag Ventures, LP (formerly owned by Jose Raul Garcia), were a force to be reckoned with in 2017. The duo scored a 220 to win the National Cutting Horse Association Super Stakes open finals, a title that his father Boyd Rice took home in 2009 aboard Third Cutting. Tatum and Tag also won The West Texas Futurity Open Derby, The Idaho Futurity Open Derby, and the El Rancho Futurity Open Derby.

“Hashtags has been on Platinum CJ & Platinum Gastric Support since August of his three year old year and I truly believe that these products have played a major role in keeping him sound, healthy, and fit.” 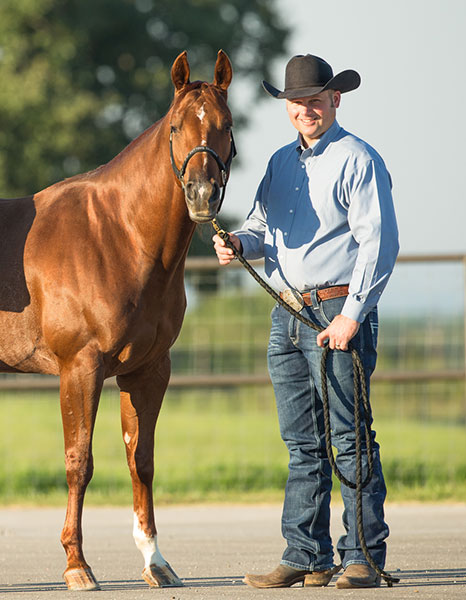