“Platinum products have given my horses and our clients’ horses the nutrients to recover and compete at their highest levels. The products have also limited the effects of stress that accompany the rigorous show schedule we have.”

Based out of Elizabeth, Colorado and Wellington, Florida, Kelli has well-earned the reputation of being one of the top young professionals in equestrian sport with her incredible passion and dedication combined with raw, natural talent. Trained by her mother, Cindy Cruciotti, and Peter Wylde, Kelli had a dominant junior career in all three rings. She won the grand hunter champion title with her horse, Q, and best child rider accolades at the Capital Challenge horse show and earned the reserve championship in the ASPCA/Maclay equitation final with her versatile superstar, Monterrey. Pulling double duty as Kelli’s equitation and hunter mount, Kelli and Monterrey also placed top 10 in the past four USHJA International Hunter Derby Finals with “Rey” leaving the ring in 2018 in the 8th place for all-time monetary winnings. From 2013 to 2015, Kelli was in the top 10 of every major equitation finals on the east coast, ending her incredible junior equitation career by winning the Pessoa/USEF medal finals in Harrisburg, Pennsylvania. Success followed her into the jumper ring where she won many National Level Grand Prix and was a gold medalist on multiple junior and young rider Nations Cup teams. In 2015, Kelli and her supermare, Chamonix H, won the prestigious Sapphire Grand Prix of Devon becoming the youngest rider to ever achieve this feat at the age of 17.

Kelli turned professional in 2016 and has continued her winning ways. Besides earning a yearly invitation to compete at the Platinum Performance/USHJA International Hunter Derby Championship, she has found huge success in the show jumping arena. She earned a gold medal on the young rider Nations Cup team and was the Overall Under 25 Grand Prix Champion at the Winter Equestrian Festival in Wellington, Florida. She was awarded a trip to Chantilly, France to compete overseas in the Longines Global Champions Tour and finished her international trip by competing at Spruce Meadows and winning the Encana $50,000 U25 Grand Prix. Kelli rides for her family’s Serenity Farm and is focused on earning a spot on the US Show Jumping Team for the 2020 Olympic Games in Tokyo. 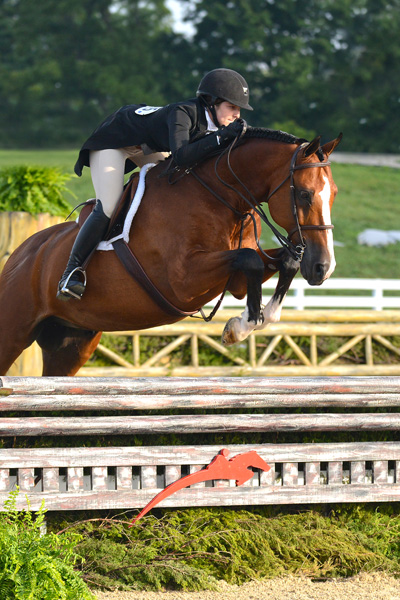