Why I Choose Platinum Performance

“Nutrition is crucial to the well-being of my horses and that starts with supplements sourced with only the best ingredients. With a busy competition schedule, using Platinum allows each of the horses to stay healthy and well through it all. I love that the formulas are designed to give the horses everything they need to thrive, from their joints to their coats to overall wellness in one bucket. Working with Platinum and their great customer service gives me the confidence that I am giving my horses the best tools to reach their full potential.”

The Need for Speed

Elisabeth Halliday-Sharp is a natural talent at not one—but two—high-speed, adrenaline-charged professional sports. A native Californian, “Liz” could be found either riding horses or racing cars for the majority of her life. She began riding when she was 8 years old and was an active member of the United States Pony Club. She also shared a love of fast cars with her dad, and as soon as she was old enough, she was the one behind the wheel speeding around the track. From 1997 to 2010, she raced professionally in sportscar and GT endurance and is the most successful female driver in the American Le Mans Series. A gifted commentator as well as an experienced TV broadcaster and presenter, Liz talked about the sports she loved and spread knowledge to listening fans with her easy voice and enthusiastic candor.

Liz doubled as a professional racecar driver and an international CCI5* three-day eventer for decades. Once retired from motorsport, she turned her focus fully towards her equestrian path. Liz originally went to Britain in 2000 to work for legendary three-day eventer, William Fox-Pitt, where she honed her riding skills and soaked up horsemanship techniques from the best in the business. When she left the Fox-Pitt yard, Liz remained in Britain. For 20 years, Liz split her time between the United Kingdom and the United States creating a successful business producing and selling horses, as well as providing an opportunity to compete and train in both Europe and America. At the end of 2019, she returned full-time to the United States setting up equestrian headquarters in both Lexington, Kentucky, and Ocala, Florida.

In recent years, Liz has produced top results up to the CCI5* level of eventing competition across both continents, helping to establish her as a recurring member of the U.S. Equestrian Eventing Higher Performance Training List. She has been selected for multiple Nation’s Cup teams and was the reserve rider for Team USA at both the 2018 World Equestrian Games and 2019 Pan American Games. In 2018, Liz and her superstar horse, Fernhill By Night, won the Advanced at Pine Top and the CCI4*-S at the Ocala Jockey Club Three-Day Event. In 2019, they won the Carolina International CCI4*-S, and in 2020, took first place in the CCI4*-S at Stable View Oktoberfest. In 2019, Deniro Z started turning heads winning the Advanced at Pine Top and, in 2020, and besting the fields at both the CCI4*-S at both Great Meadow International and Plantation Field International. Liz was named the 2020 USEA Rider of the Year, becoming the first female athlete to win the award in 39 years.

Liz was selected to represent the United States at the 2020 Olympic Games in Tokyo, Japan. Deniro Z had a minor but untimely injury which prevented horse and rider from traveling to the Games. Expected to fully recover, Deniro Z will be back in competition alongside the rest of Liz’s deep bench of incredibly talented horse power. 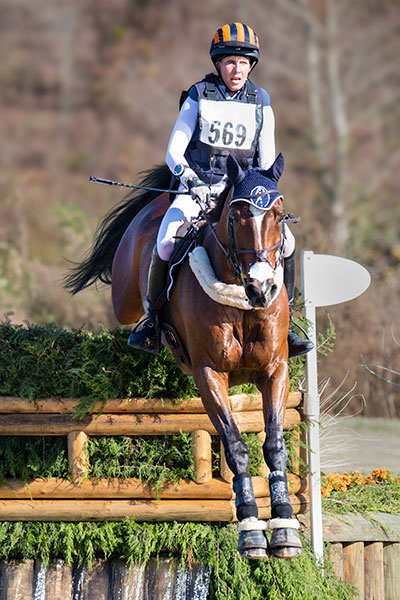