“Spooks Gotta Whiz has been on Platinum Performance since 2013, and he thrives on the products. He receives the Platinum Performance CJ morning and afternoon. You can tell by his skin and coat and the way he moves during his private turnout times that he not only feels great but is also healthy. We introduced the Platinum Renew to his daily regimen in November of 2017 and are seeing even more results. This horse is unlike any other and he deserves the absolute best. That’s why we choose Platinum Performance.” - Michell Anne Kimball, Owner

In 2009, Michell Anne Kimball met with Duane Hicks, owner of the stallion Spooks Gotta Gun to discuss her desire to find an NRHA Open Futurity prospect. Hicks told her about some two-year-olds that he had in training with the late professional horseman, John Slack. Duane insisted that the prospects he wanted to show her had a legitimate chance at winning the futurity. As Kimball was looking for a bay prospect, she was surprised to know that the two best chosen to show to her were bay. Although Spooks Gotta Whiz, lovingly known as “Baby Spooks,” was not the more ideal of the two conformationally, in Kimball’s words, he “batted his beautiful white eyelashes and those blue eyes absolutely stole my heart, and I knew the minute I sat on him that he was special, that he had extraordinary talent.”

Extraordinary talent to spare, Spooks Gotta Whiz and Jordan Larson scored a 227 and won the NRHA Open Futurity Finals in 2010. Shawn Flarida took over the reins and won the 2012 NRBC Open Champion title with a 236, the NRHA’s Highest Score. “Baby” made history again by winning the 2012 NRHA Open Derby, clinching the elusive NRHA Triple Crown. He is the second triple crown winner in the history of reining. Following the Derby Championship, Baby retired from the showpen to begin his career at stud at Cinder Lakes Ranch in Valley View, Texas.

In 2014, Baby came out of retirement to win the USEF Kentucky Reining Cup which qualified him to compete in the World Equestrian Games held in Normandy, France. He did not disappoint. They secured the highest score of the team competition with a 229.5 leading Team USA to a coveted team Gold medal. They also dramatically won the individual finals. As the final horse and rider to compete, Baby and Flarida won with a 233.5, making WEG history as the highest reining score ever recorded and earning another gold medal for USA. This year brings the much-anticipated addition of becoming the NRHA’s second youngest million dollar sire and his second trip with Flarida to the 2018 World Equestrian Games in Tryon, North Carolina. 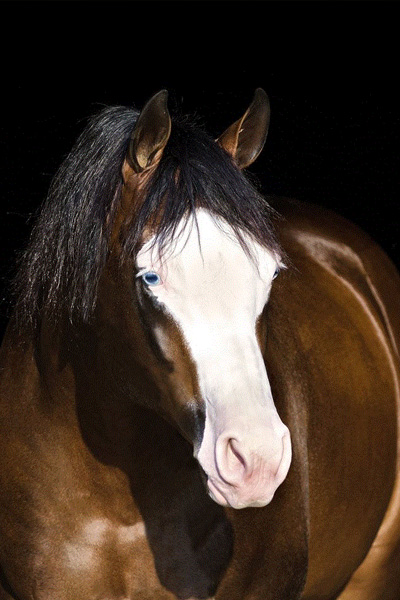 Our most potent joint support formula combines a whole-horse wellness formula with comprehensive joint support. Popular with performance horses and senior horses, Platinum Performance® CJ is the only supplement of its kind. Developed in veterinary practice, it provides extensive joint support with ASU, hylauronic acid, cetyl-myristoleate, MSM and glucosamine for joint health. It includes Platinum Performance® Equine to support every part of the horse from digestion, skin & coat, hooves, and more.
Recommended daily dosage for a 1,000 lb horse is 2 scoops, which is 2 servings.
More Details and Product Analysis »See Results »

Platinum Renew® helps maintain muscle strength, supports performance recovery, and reduces soreness and fatigue by providing amino acids (the building blocks of protein) and antioxidants, and replenishing healthy levels of electrolytes. This potent formula supports horses' recovery after exercise or work and should be given within one hour after exertion. Also available as Renew Paste, convenient for pre- and post-performance and 2 times as potent as Renew powder.