How It All Started

Born and raised in New York, horses have always been a part of Michelle and Michael Miola’s lives. In 1982, they purchased their first horse, a thoroughbred hunter jumper named Napoleon, and have been hooked on riding ever since. In 1992 they purchased a horse ranch in Kiowa, Colorado and became captivated by reining.

In 2002, Michael, Michelle, and their children left New York and permanently relocated to Scottsdale, Arizona. Once there, they decided to build a facility that not only met their expectations but also honored their love for horses. Silver Spurs was built with the sole intention of creating an elite line of American Quarter Horses specializing in the sport of Reining.

In December 2005, Silver Spurs Equine became a reality for Michael and Michelle with the mission to acquire the finest breeding sires in the reining industry and create a broodmare band with excellent pedigrees and/or earning records. Today some of the most prestigious and sought after stud horses in the reining industry stand at Silver Spurs Equine. That list includes: Spooks Gotta Gun, Einsteins Revolution, Conquistador Whiz, HF Mobster and Cromed Out Mercedes to name a few. The success of this state-of-the-art breeding facility and breeding program is due to the drive and passion of these two reiners.

Nothing But the Best - Why Platinum

"Silver Spurs Equine is the largest breeding facility in the country. People always ask us how we keep our 28 breeding stallions in such excellent health and breeding condition? I always answer with just one word - PLATINUM!" - Michelle Miola 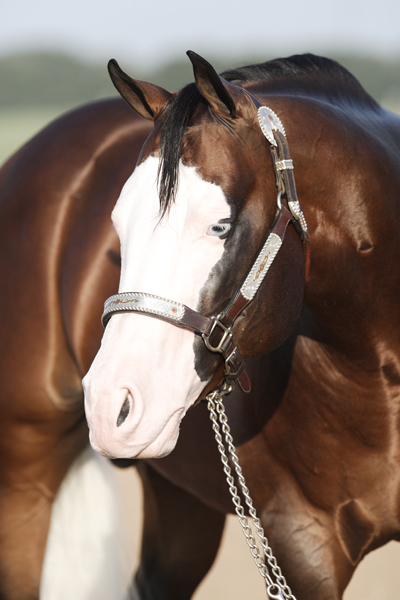 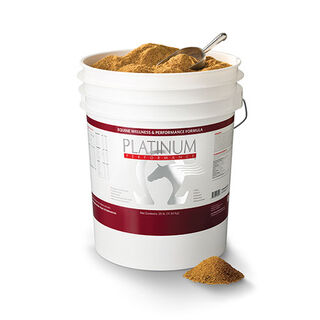 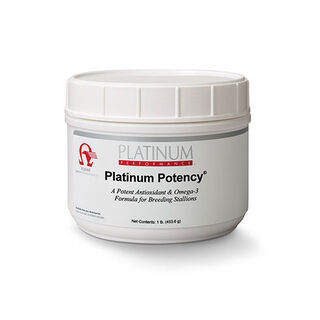 Platinum Potency® is designed for breeding stallions that have a less than desired viable sperm count, or less than normal motility. This antioxidant and omega-3 fatty acid formula contains a powerful blend of fat and water-soluble antioxidants, and DHA, to help protect sperm from the damaging effects of free radicals.
More Details and Product Analysis »