Protecting a Horse’s Health with a Resveratrol Analogue, Antioxidants and Curcumin

Many disorders in both humans and animals have been directly linked to inflammation and oxidative stress. Indeed, it is impossible to separate the two due to their intricately linked reactions. Certain events that initiate inflammatory and oxidative stress responses can be avoided; however, for most of us, and particularly for the horse, there is the certainty that one will always be confronted with these stressors to some degree. Due to the ubiquitous nature of inflammatory and oxidative stressors, it is imperative to help the body maintain normal responses to these stressors, as they can affect performance and overall health. Various dietary strategies have been designed to do just this. For example, diets relatively high in omega-3 fatty acids and low in omega-6 fatty acids are often advocated for healthy living. However, other nutrients can play a significant role in supporting the body's response to inflammation and reducing oxidative stress.

Pterostilbene is a compound that is chemically very similar to resveratrol, a compound that has received much public and scientific attention in past years for its purported ability to increase lifespan as well as protect against various diseases and conditions.1 Unfortunately, resveratrol has limited potential due to its poor bioavailability and/or very quick degradation once it is absorbed. However, as a methylated analogue of resveratrol, pterostilbene is far more promising. For example, oral intake studies indicate that pterostilbene is 70 to 90 percent bioavailable whereas resveratrol has a 20 to 30 percent absorption rate.2,3 Furthermore, pterostilbene remains intact in the blood for up to 7 times longer than resveratrol.4 Biological activities attributed to pterostilbene range from antioxidant benefits to vascular health support.3,5-9 The mechanisms of action attributed to pterostilbene include both modulation of gene expression and enzymatic activity.10

Superoxide Dismutase (SOD) is a metalloenzyme that is present in nearly all cells where it catalyzes the dismutation of superoxide to oxygen and hydrogen peroxide. Although the importance of SOD in modulating oxidative stress has been well understood for years, few trials have reported on the benefits of oral supplementation with this enzyme until relatively recently. In research studies, SOD has been shown to provide support for the onset of fatigue, increased activities of circulating antioxidant enzymes and promote red blood cell resistance to exercise-induced hemolysis in humans and animals. In the horse, oral supplementation for 60 days with a melon extract high in SOD during intense training was associated with maintenance of resting plasma levels of creatine kinase,14 an enzyme that is often increased after muscle damage associated with exercise. Furthermore, plasma resistance to exercise-induced hemolysis improved in the supplemented group and was significantly greater than that in the control group in the study.

Other antioxidants, such as vitamins E and C, have also been utilized to aid in the protection against oxidative stress. Vitamin E has been negatively correlated with levels of certain markers of lipid peroxidation in exercising horses,15 and vitamin C supplementation has been shown to reduce markers of lipid peroxidation and promote plasma antioxidant capacity in thoroughbred racehorses.16 The combination of vitamins E and C has been utilized to support horses with recurrent airway obstruction.17

The benefits of curcumin, which is the primary active ingredient of turmeric, have had a prominent role in Indian Ayurvedic medicine since 1900 BC.18 Curcumin purportedly has antioxidant properties19 and may provide support for inflammatory conditions21 as well as cognitive disorders.20 Curcumin’s biochemical benefits are due, in part, to regulation of transcription factors such as PPARgamma and NF-kappa beta.20,21 19 Franck et al.22 studied curcumin’s effect on oxidative stress in horses by stimulating equine neutrophils and measuring production of oxidative products. 23-25 In this study, the investigators reported a dose-dependent inhibition of curcumin on reactive oxygen species production and myeloperoxidase activity. Another in vitro study showed that curcumin protects equine cartilage explants against IL-1beta induced degradation.26 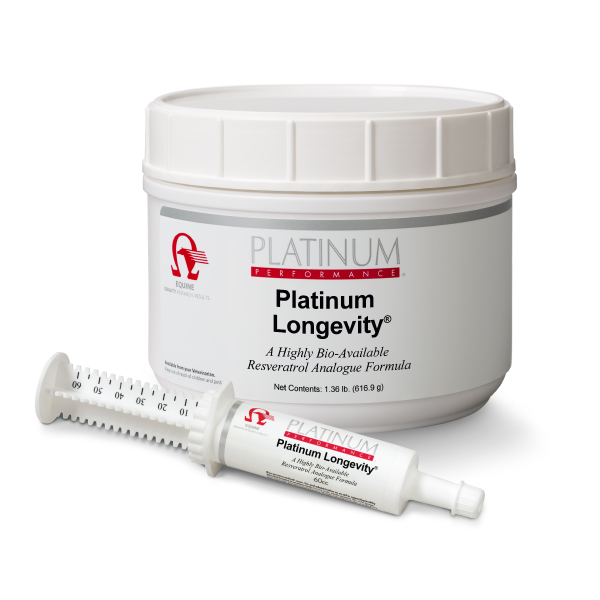 This formula is chosen for high-performing equine athletes to help maintain normal levels of inflammation and support the horse’s response to oxidative stress and muscle breakdown. Available as a powder for daily support, as well as a paste for convenient pre-performance dosing.

Use syringes for pre-performance support!

“Longevity is my go-to support product for performance horses. Any time I can recommend natural support that is show safe for hard-working muscles and joints is a good thing where performance and recovery are concerned.”
— Caitlin W., Platinum Advisor Since 2013 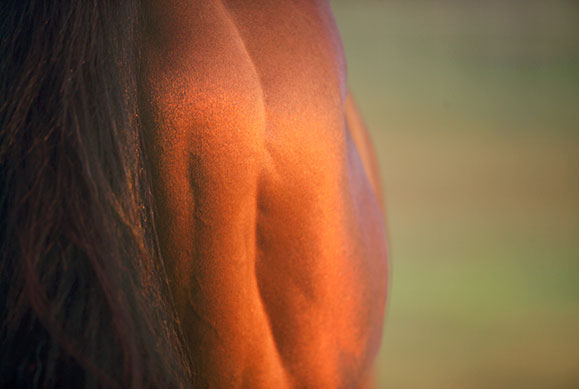 Management procedures and specific dietary interventions can help reduce the severity and the frequency of episodes. 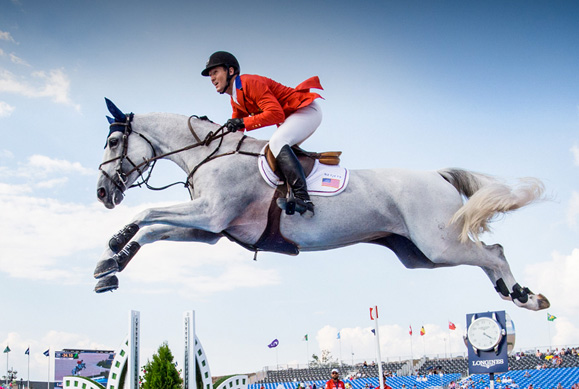 The Science of Sport

The Evolution of How We Treat, Condition & Feed the Competitive Athlete. 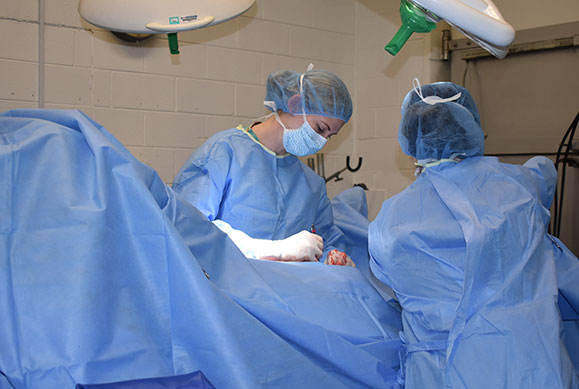 Leading veterinarians are advancing the science of maintaining and healing tendons and ligaments in the horse.