With the proper dietary management, exercise program, and veterinary care, many horses can comfortably return to work dealing with muscle disorders.

Platinum Antioxidant formula contains Vitamin E, Vitamin C and Selenium. These antioxidants work together and may help support cells, tissues, and organs when confronting the effects of free radicals that are formed during normal metabolic processes and exercise.
More Details »

Hemo-Flo® helps horses maintain proper circulation by supporting the production of nitric oxide, which helps support normal blood pressure and proper blood flow in the equine athlete. This formula can also be helpful when wanting to support circulation to extremities such as hooves and after episodes of tying-up.
More Details »

Prevention is the Best Medicine

By giving your horse an overall wellness formula, it will be better able to deal with health conditions should they arise, and recover more quickly. The essential fatty acids, vitamins, minerals, amino acids and antioxidants in Platinum Performance Equine provide a comprehensive horse health formula.

Selenium is a trace mineral that helps maintain immune health and also protects muscles from oxidative damage. Vitamin E is a fat-soluble vitamin that protects tissue from free radical damage an also aids in glucose production.

Healthy Weight is made from cold-pressed, unrefined flax oil, a rich source of healthy omega-3 fatty acids, which makes it a healthy alternative to corn oil. Healthy Weight also provides a natural source of vitamin E, an antioxidant.

“We bought Cisco when he was 3 months old. We were naive to the effects of HYPP horses and bought him, knowing he was N/H. We called Platinum. We were floored at how much time they took with us, even having their vets contact us and go over his diet. Their ideas worked! He went from having attacks every 4 weeks to having one attack after 6 weeks, then NONE! He has been attack free since January 2013! We are beyond happy with the results from Platinum!”
— Shannon S. 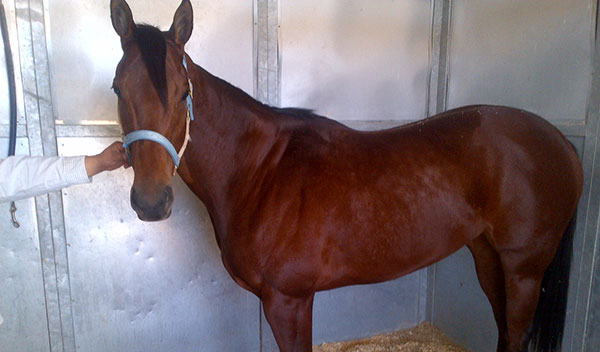 “Shamrock Girl would have an episode of tying-up one to two times a week which was limiting her ability to train and race. Her daily feeding program was composed primarily of alfalfa hay and included a small volume of grain and 1/4 cup of corn oil. When she continued to tie-up I was recommended that I replace the corn oil with Healthy Weight. Four days after making the change she experienced one more episode before the problem resolved allowing her to successfully to training.”
— Robby J.

A Platinum Advisor can help you build a custom supplement plan to keep your horse healthy.