Trigeminal-mediated headshaking, also known as equine idiopathic headshaking (HSK), is still a perplexing disorder in horses. Confusing to diagnose and difficult to treat, it is a medical condition recognized by veterinarians with ongoing research being performed to best diagnose and treat this mysterious syndrome.

All horses shake their heads as a normal response to stimuli, such as a reaction to insects, though this type of shake is usually a horizontal movement. Horses with HSK exhibit a repetitive, involuntary headshaking that is an up-and-down, vertical motion that is more severe and predictable. It may involve a sudden, intense downward flick of the nose, or the entire head and neck in more severe cases. A horse may display a wide degree of this reflex from mild annoyance due to the prickly facial sensations up through severe panic and extreme pain. Another common activity that is displayed by horses with HSK is that horses will scratch or rub their noses and muzzles on objects. Rubbing involves a vigorous, incessant and maybe even frantic rub rather than a motion used to satisfy an itch. Horses may rub on anything including their own front legs, or strike at their noses with their forelegs. Currently, there are no lab tests to confirm that a horse has HSK.

The exact etiology of headshaking is unknown. However, hypersensitivity of the trigeminal nerve1, inflammation of the trigeminal ganglia or an immune-mediated reaction may be causative factors of the disorder2. The trigeminal nerve is responsible for facial sensation. It consists of three branches (the ophthalmic, maxillary and mandibular) and runs from the back of the head, around the ears, along both sides of the face and terminates in the nose and muzzle area. A veterinarian will typically rule out other medical reasons for head shaking behavior such as middle ear disorders, ear mites, cranial nerve disorders, guttural pouch infection or a head trauma. HSK most commonly affects geldings3 and can be observed in all ages, with symptoms most commonly appearing in mature horses between the ages of seven and nine2. Thoroughbreds and warmbloods have been found to be overrepresented in some studies4. Headshaking often develops suddenly with some cases resolving spontaneously, while others worsen as time goes on.

Many triggers for headshaking, although not necessarily causes, have been reported. There is a photosensitivity component in many cases with headshaking being triggered by sunlight5. These photic headshakers may seek unusual places for shade such as hiding their head in bucket or barrel to block light, and may show relief when out of the sun. Affected horses may also flip their head in reaction to wind, movement, stress, etc. Extreme nose blowing, snorting and coughing are other symptoms. Headshaking is often reported to be exacerbated with exercise2. Allergies may play a role in some, but not all cases, associated with sneezing, runny nose, tearing of the eyes or eye swelling. Seasonality affects headshaking with seasonal headshakers displaying symptoms in the spring and summer that may abate in the winter months6. Headshaking may also be thought of as simply bad behavior, but the basis of behavior for true headshakers stems from evidence of neuropathic pain3. Neuropathic pain is characterized by sudden onset of itching, burning, tingling or electric-like sensations. Headshakers have been seen to hit their heads against walls due to the deep pain in their heads. HSK can be a painful and debilitating condition and should be treated as a serious illness.

There are a variety of different management strategies that exist to help horses suffering from HSK. It’s generally recommended to start with a single treatment and continue long enough to know if the treatment has effect. As a main cause of headshaking is hypersensitization of the trigeminal nerve, anything to reduce or calm the firing of this nerve may be beneficial. Exposure to sunlight seems to be one of the most common causes for headshaking. If photic headshaking is thought to be a problem, using a 90% UV blocking mask and keeping the horse in a screened or darker stall during the day, with turnout at night can be tried for management. A lighter mask or nose net while riding, and exercising an affected horse in an indoor arena may help to reduce nerve stimulation and headshaking signs. Many headshakers are more sensitive to insects than typical. Using fly sprays and sheets to repel bugs may be useful. Magnesium is an electrolyte that can have a calming effect and may help support normal functioning of the trigeminal nerve. Supplementation with higher than normal doses may be advantageous but should only be done under veterinary care and monitoring. When in combination with boron, magnesium absorption is enhanced7. Melatonin may help adjust the circadian rhythm for horses that seem to be affected seasonally. Cyproheptadine, an antihistamine, dexamethasone, a corticosteroid, and carbamazepine, an anti-seizure medication in humans, are often prescribed for treatment. Some horse owners have also had positive results with chiropractic or acupuncture therapies focused on the cranial sacral area.

Most Commonly Seen In: 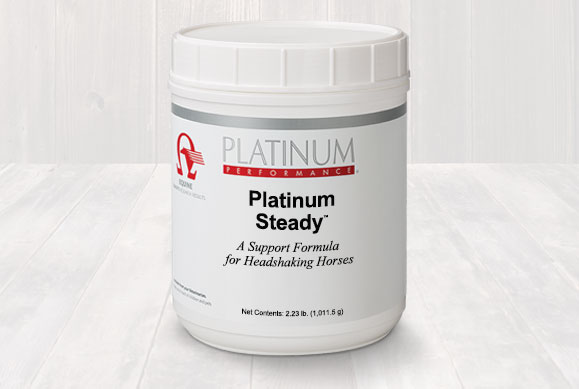 A Support Formula for Headshaking Horses 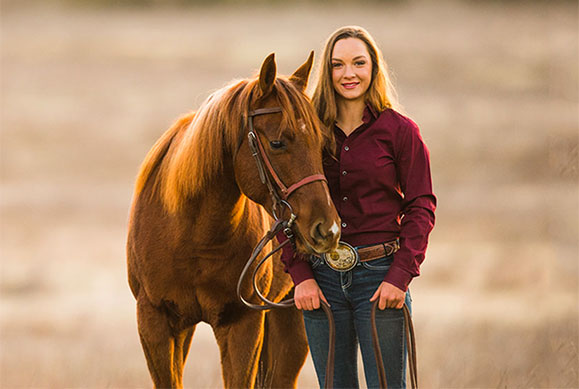 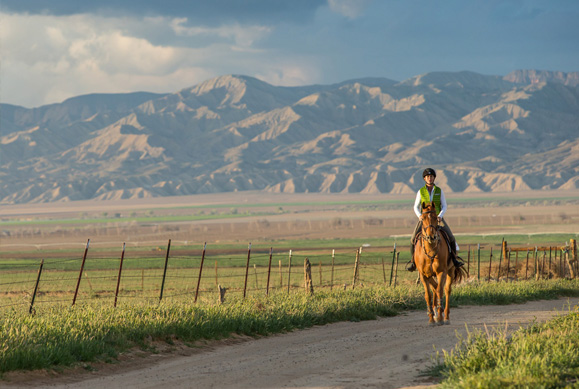 A deep dive into antioxidants and oxidative stress