All Hail the King!

Louisiana has a king. And his name is Open Me A Corona. The charmed Quarter Horse racehorse has done it all. He raced longer than most but only seemed to get better with age with his final years of racing being arguably the most impressive of all. The multiple-graded stakes winner is described as professional, calm and smart. Words that are not often strung together when talking about a hot-blooded racing stud. The 2010 Louisiana-bred stallion looks the part: a gleaming, muscled chestnut with a wide white blaze and just enough white around his ankles for spectators to notice the chrome as his front legs blurred across a finish line. Sired by Coronas Leaving You out of In The Open by Mr Eye Opener, “OMAC” captivated Louisiana racing from his 2- to 6-year-old years. And now, with the help of therapeutic nutrition, he is able to pass down his good looks, intelligence and talent to his first crop of foals.

Owners Charles Forbes, Jr., and Dr. Tommy Hays knew they had found a good one. Although not considered “official” races, the schooling races at Delta Downs in Vinton, Louisiana, are a big deal for young horses. They are used to acclimate rookie horses to the basics of racing, as well as the many environmental stresses that accompany a day at the races. These 2-year-old horses, bred to run, have to go through the paddock bursting with activity, seeing and hearing many things that they are unaccustomed to. They run at night under the huge, bright lights. They learn how to break straight and run in close proximity to other horses. In Thoroughbred racing, a bad break from the gate can be recovered given the longer distances. A poor break in Quarter Horse racing almost certainly knocks a horse out of contention to win, where thousandths of a second separate the winner from the rest. Dr. Hays recalls his horse’s first time out, “Our horse didn’t break very well out of the gates, but he just blew through in between horses and went on and won the schooling race. And looked awesome doing it. It was incredible. Most of the time with the Quarter Horse racing, the break is everything. The horse did what he had to do to win that race. At that point, we knew he was really good.”

For his first official race, Open Me A Corona posted the fastest time out of over a hundred horses in the trials for the Laddie Futurity at Delta Downs. After a dominant trial, he came up shin sore, and Team OMAC opted to skip the finals and save him for the inaugural $1 Million Breeder’s Futurity in the fall. Dr. Hays, a renowned equine veterinary surgeon and an owner of Elgin Veterinary Hospital in Elgin, Texas, says, “We knew we had a really super horse, and we didn’t want to hurt him. We really took care of him, took care of his legs. We could have run him and brought him back for the final, but it could have crippled him where he could never run again for the rest of his life. Or sometimes it ruins their minds when they’re running sore like that. The horse always had a tremendous mental game. We were trying to take care of the horse. He ended up having a long career because we spent a lot of time taking care of him.” His refreshing perspective paid off as a perfectly healthy Open Me A Corona stepped back on the scene to win both his trial and the final of the first-ever million dollar LQHBA Breeder’s Futurity in 2012. Three outs, three wins and undefeated in his first year on the track.

Though still winning a pair of stakes classes, his next two racing seasons were kept relatively quiet to get him healthy. Dr. Hays said, “He overreached and cut his heel in a trial race. That takes a long time to heal, growing a new hoof. So we ran him sparingly. We thought we would just take our time, get him right and when he’s right, he’s hard to beat.” Open Me A Corona soon proved he was not close to done running yet; he was just getting started. 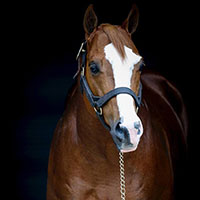 “We collected him again after his final race. As soon as they collected the horse, they were like ‘Wow this semen is nothing like it was the year before.’”
— Dr. Tommy Hays

Renowned equine veterinary surgeon and an owner of Elgin Veterinary Hospital in Elgin, Texas, recalls when Open Me A Corona was put on Platinum Performance® Equine and Healthy Weight during his final racing year. Platinum Potency® and Platinum Motility Plus® were added 90 days before he was scheduled for a collection. Open Me A Corona went from being able to breed 1 or 2 mares per collection to being able to breed 8 to 10 per collection. “Besides adding the Platinum, everything else stayed the same nutrition-wise.” 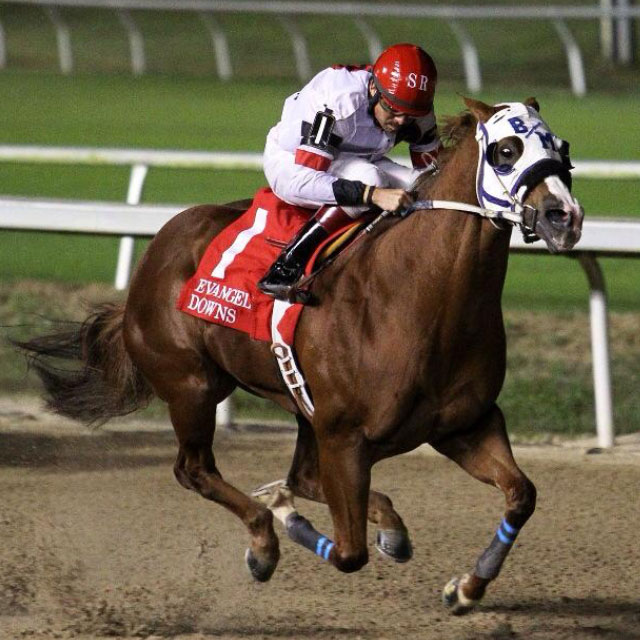 He burst back on the scene to have an undefeated 2015, earning him the prestigious AQHA Champion Aged Stallion title. “His 5-year-old year, we finally got him lined out. We decided to run him again at 5, and that year he was undefeated. He came out six times, January through December, and just won everything that year. He ended up being AQHA Champion, and that’s when we really started thinking about breeding the horse.” However, the crossing over from champion sprinter to breeding stallion was not as seamless as hoped. OMAC had problems being collected for semen testing in Louisiana, so he was sent to reproductive specialist, Dickson Varner, DVM, at Texas A&M College of Veterinary Medicine. Once the stallion was able to be collected, his semen showed to be marginal at best. It was estimated that with low volume and low motility issues, the racing champion would only successfully breed one or two mares per collection, much less than expected. “It was a little devastating for sure,” says Dr. Hays. “It’s definitely not the news we wanted to hear because we want babies out of him too. But that’s when we thought, ‘Okay let’s go back and race him.’ Truthfully, I was happy in a way because I loved to run the horse and he loved to run. He was plenty sound, and he really enjoyed running.”

With the decision to race him for another season, Dr. Hays immediately started researching nutrition and the ways that it could influence stallion reproduction to make sure OMAC was given every possible advantage to improve his chance at a successful breeding career. “I knew Platinum had some stuff out there. We decided to run the horse, put him on the Platinum products for the year and see what happens to his semen in the fall.” Open Me A Corona was put on Platinum Performance® Equine and Healthy Weight during his final racing year. Platinum Potency® and Platinum Motility Plus® were added 90 days before he was scheduled for a collection. “We ran him. He had a good successful year. He won the whole Triple Crown at Delta again. That was two years in a row he’d won all the races at Delta, and he’d won Champions Day again that year. Then, we checked him again, and his semen was much, much better, compared to the previous year. We collected him again after his final race. As soon as they collected the horse, they were like ‘Wow this semen is nothing like it was the year before.’ ”

The total volume increased tremendously, and the sperm concentration and motility was 10 times better, compared to the previous year. Most importantly, the horse went from being able to breed one or two mares per collection to being able to breed eight to ten per collection. Dr. Hays said of the nutritional adjustments and influence, “Besides adding the Platinum, everything else stayed the same nutrition-wise. His collections looked good, and it made a huge difference in his semen. So far, so good. All the first mares we bred to him just got in foal right away. And I embryoed mares, shipped semen here for my Texas-bred mares. We tested it out by cooling and stressing it, and they all got in foal.” The first crop of Open Me A Corona foals were on the ground this winter. They are beautiful and athletic and smart babies like their sire. Dr. Hays concluded by saying, “People say they’re smart like him. Good horses have to be smart.” Open Me A Corona stands at stud at Delta Equine Center in Vinton, Louisiana, under the watchful eyes of Dr. Larry Findley and his grandson, stallion manager Caleb Findley.

There was nothing left for Open Me A Corona to accomplish on the track. And now he is happily leaving his mark in the breeding world through his offspring. Time will tell if these fresh foals will be able to fill the big shoes of their sire. But they may have never had the chance without the benefits of therapeutic nutrition and Dr. Hays’ determination to give OMAC every advantage, both externally and internally. Through his understanding of the importance of the diet and all that it influences, Dr. Hays made changes to allow a champion racehorse to be able to pass on his genetic advantages to the next generation of champions. In Spanish, the word “corona” means crown, a fitting word bestowed upon the head of the king of Louisiana racing who took a major reproductive setback like he has done everything else — in stride.